Last Saturday’s trip to Rake Lane did not produce the desired result for the 1st XI, though our two new recruits, Jhangir Liaqat (from Colne) and Kieron New (Prestatyn) acquitted themselves well.  New Brighton elected to bat first when they won the toss but with half the side back in the pavilion and only 80 runs on the board there were justifiable grounds for some cautious Bootle optimism.  Home skipper, Andrew Clarke, hit an attacking 83 including 10 fours and 4 sixes and, with a late flourish from Mark Hale (30 not out), the hosts were restricted to 190 all out from 54.4 overs, Will Purser (3-78) and Jhangir (3-40) being the pick of our bowlers.

The disappointment was that the Bootle top order did not produce the quantity of runs needed to give us control of the chase, Will Purser’s well executed 56 being the notable exception.  When the 9th wicket fell at 158, the match appeared to be beyond our reach though the final pair, Jhangir and Kieron, were in no mood to surrender without a fight.  Together they negotiated sixty-eight balls, in the process taking us to within 13 runs of the win.  Sadly, Kieron was then adjudged lbw to David While and the innings ended at 178 in the fiftieth over, a defeat by 12 runs

Firwood Bootle C.C. @Fbcc1833 CASH ONLY! Due to unforeseen circumstances our card machine isn’t working and the problem won’t be fixed until Monday. . We can only Apologise for this. 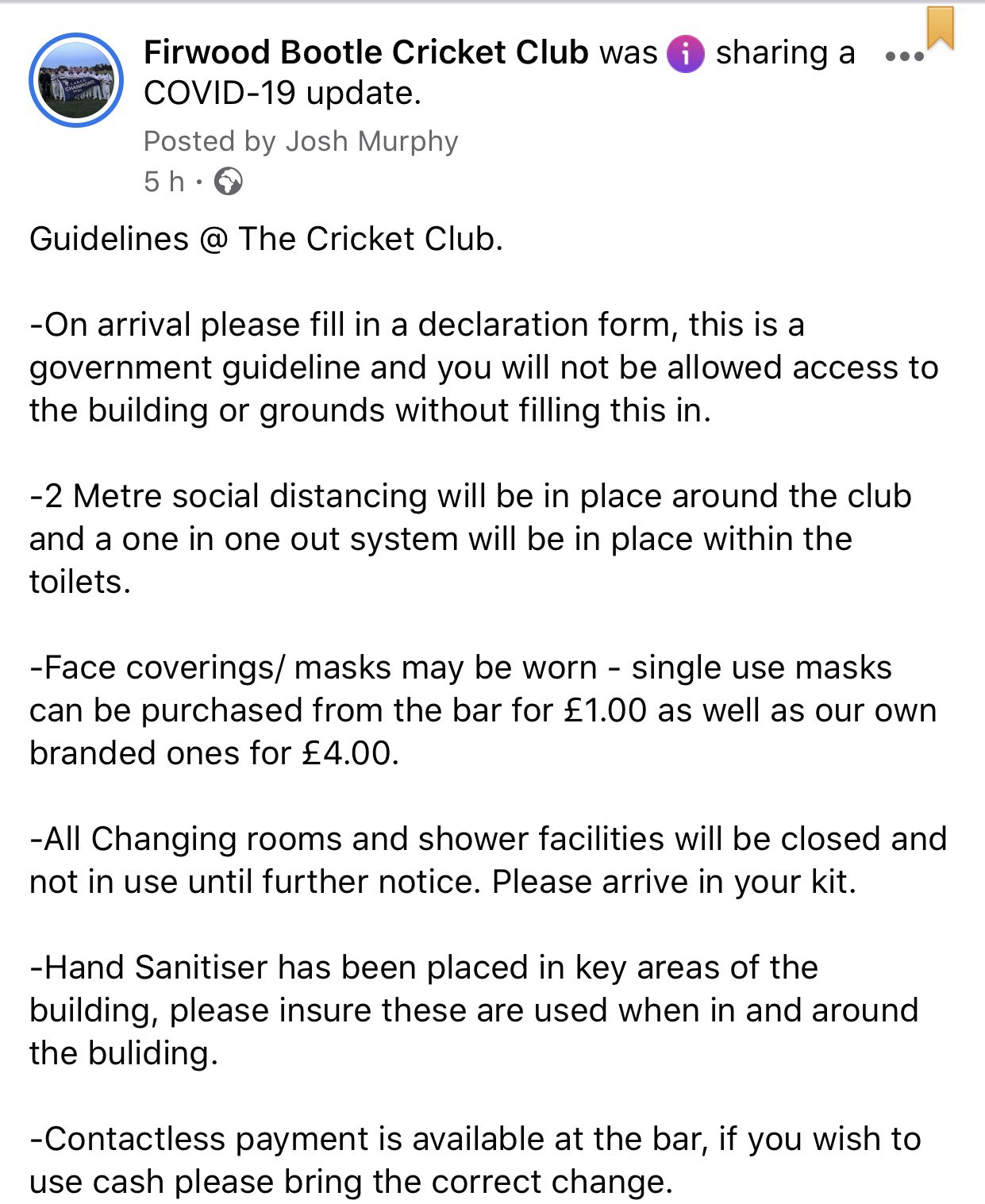